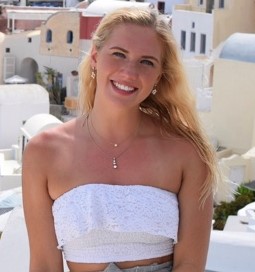 “Hmmm, not quite,” the professor announces as she moves her attention from you to another student whose hand was also raised to answer her question. Since you aren’t very confident in analyzing literature, it was a significant gesture that you even decided to voice your perspective on the poem’s meaning. After trying and failing to answer your professor’s question correctly, you decide that participation isn’t worth the embarrassment of being wrong.

On average, participation is worth 10% of a student’s overall grade for a course. Many professors often refer to this 10% as “an easy 100” or “a grade booster,” trying to encourage the students to contribute to class discussions. This could easily be the case, yet many students fail to receive these participation points, making participation a deciding factor between an B- or a C+ or an A- and an A. While it is easy to blame the lack of contribution to class discussion on ignorance of the topic or indifference towards the course, it often occurs because the student is too afraid to share their understanding of a certain topic, not because they don’t care or are uninterested.

Many professors do attempt to ease this fear by saying, “don’t be afraid to raise your hand, there are no dumb answers.” At the same time, they often forget to acknowledge student answers in a positive light, leaving the student too intimidated to answer other questions. Due to the intimidation that the student feels, he or she decides that it is better to take the loss of points than to overcome the apprehension of answering the question, only to be told that they are wrong time and time again. Unfortunately, the embarrassment of being wrong and apprehension of being wrong for the second time lead to silence. The student no longer wants to share his or her perspective. Instead, the student sits silently, withholding valuable opinions from class discussions. After weeks of sitting silently in class, the student begins to wonder whether it’s worth going to class at all. Slowly, but surely, the student’s attendance begins to drop.

How can we prevent this from happening? How can we make it less intimidating for students to participate so that they remain engaged in the classroom? The answer is validation.

What is Validation? Why is it Important?

Validation, as defined by Psychology Today, is “the recognition and acceptance of another person’s thoughts, feelings, sensations, and behaviors as understandable.” Validation doesn’t mean agreeing with the student, but instead, allowing the student to feel that their answer was heard and understood. When a student knows that they are being understood by the professor, they feel that they made an important contribution to that discussion, giving rise to a feeling of purpose. This feeling of purposefulness is not only motivating, but also makes the student feel like they belong in that class. As stated by psychologists Edward Deci and Richard Ryan, there is a “psychological need for belonging, as well as the feeling of competence and autonomy [in order] to increase engagement.” Therefore, fulfilling this psychological need through validation will create a more comfortable learning environment, lending way to a more engaged classroom. Although validating every student’s answer can seem daunting, three simple steps can make a student feel that his or her answer was understood.

The most important step is to be fully immersed in a student’s response to your question, meaning to actually listen to what he or she says. While this may seem obvious, it is easy to go into a question expecting a specific answer. Instead, faculty should try to ask questions with no expectations, and listen carefully to what a student says; often times, students have an entirely new perspective that unlocks deeper class discussion. Obviously in quantitative classes, such as math or science, this is not as easy, since there is usually one answer. In this case, it would be beneficial to ask the student what steps he or she took to get to that answer, so that the student knows you listened, instead of waited for the correct answer. Try to be present in the conversation between the student and yourself.

After a professor has listened carefully to what the student has to say, the faculty member could repeat the student’s answer in their own words. This is a key factor in letting the student know that you were listening actively, and attempting to understand the student’s answer. If their answer was unclear, it would be helpful to ask them to clarify; faculty should attempt to make the interaction between themselves and the student a conversation. For instance, a prime example that I’ve seen here at Assumption is in Professor Fisher’s Introduction to Theology class. After each student answers a question, she immediately responds with:

“ Grace is suggesting…..is that right?”

Here, she repeats the student’s answer back to the class in her own words. This has helped me to feel more inclined to answer questions because I know that if I am struggling to put my ideas into words, she will be able to reword my answer, making it easier to further discuss my idea. In addition, she is making sure that she is understanding exactly what I am saying, giving me a chance to correct her if she is wrong. Taking the time to understand a student’s answer, no matter how far-fetched, makes the student feel important, and therefore, validated.

The third step to validation is connecting a student’s answer to the class discussion. This can be done through verbalizing connections between various students’ answers. For instance, Professor Fisher often says something along the lines of:

Once a student is shown that their answer was influential to the direction of the discussion, they will be more willing to share additional perspectives. Personally, this has helped me feel more comfortable answering deep theological questions because Prof. Fisher can often better connect it to the class discussion.

Validation allows students to feel like their answers are important. This feeling of importance leads to a feeling of purpose, which motivates the student to want to participate in class discussions. When students aren’t worried about whether their answer is right or wrong, they’re more likely to focus on sharing their perspective, lending way to a more lively conversation.

The student that I sit next to in Professor Fisher’s class repeatedly mentioned to me at the beginning of the semester that he has never had an interest in school. He mentioned that he often skips class because he doesn’t feel like it’s worth it for him to show up; people are not typically open to his radical perspectives. However, in Professor Fisher’s Introduction to Theology class, he has participated every day, and hasn’t skipped once. I asked him a couple days ago what makes this class different from the rest, and he said “Professor Fisher makes me feel like I belong here”.

While this is just one example, there are likely hundreds of students in his position. If more faculty are willing to incorporate validation techniques into their teaching strategies, more students could feel comfortable participating in class, and discussions could become more lively than before.

Below, I’ve listed some examples of phrases that I have heard professors use over the years that have made me feel more validated as a student.

*Writing the students’ answers on the board.*

“Sean, does your point support or conflict with Grace’s idea from earlier?”

Quantitative answers (where students can either be right or wrong):

“I can see why you would say that.”

“That is a common misconception that many students make. The reason why ____ is the right answer is….”